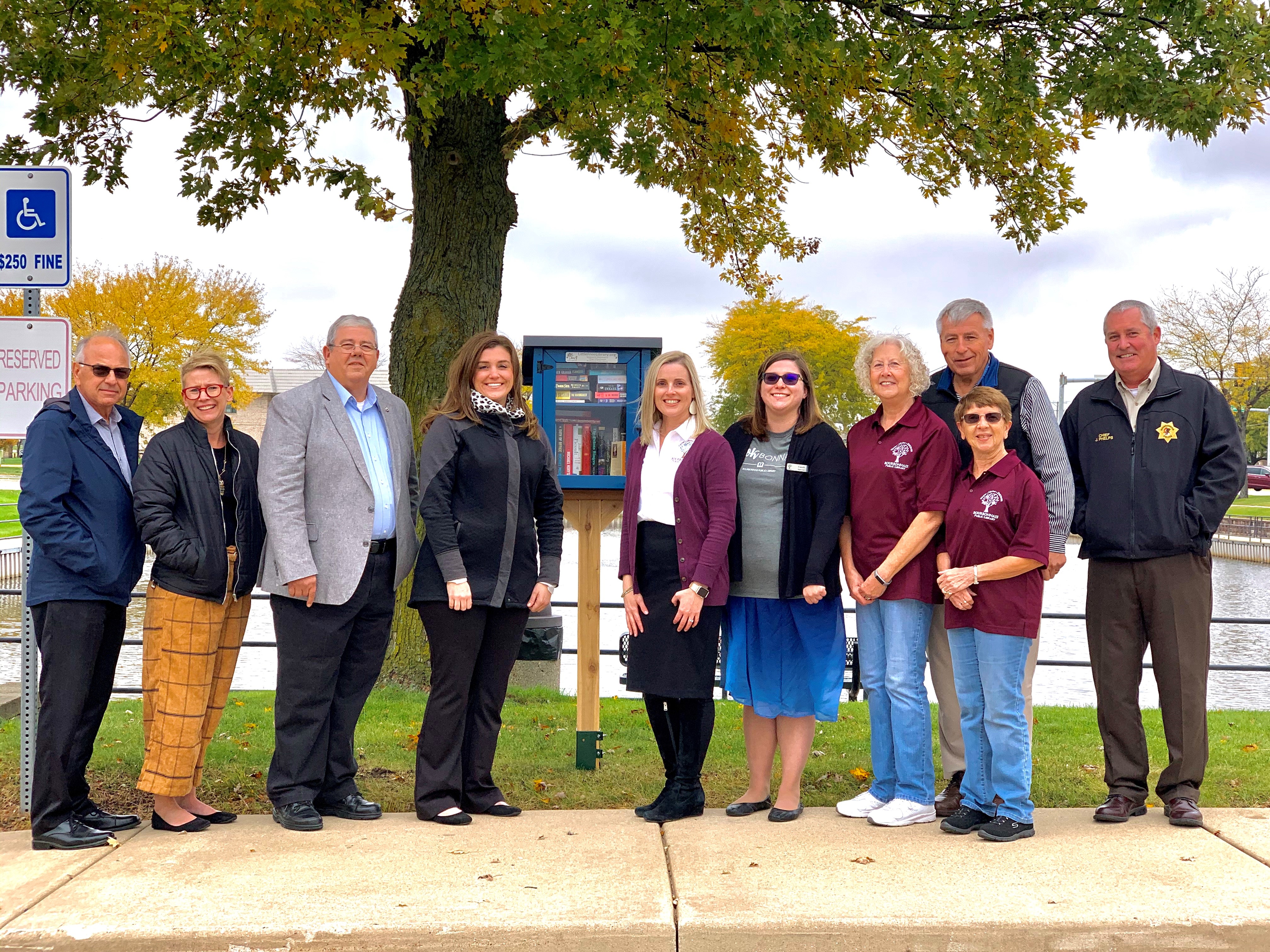 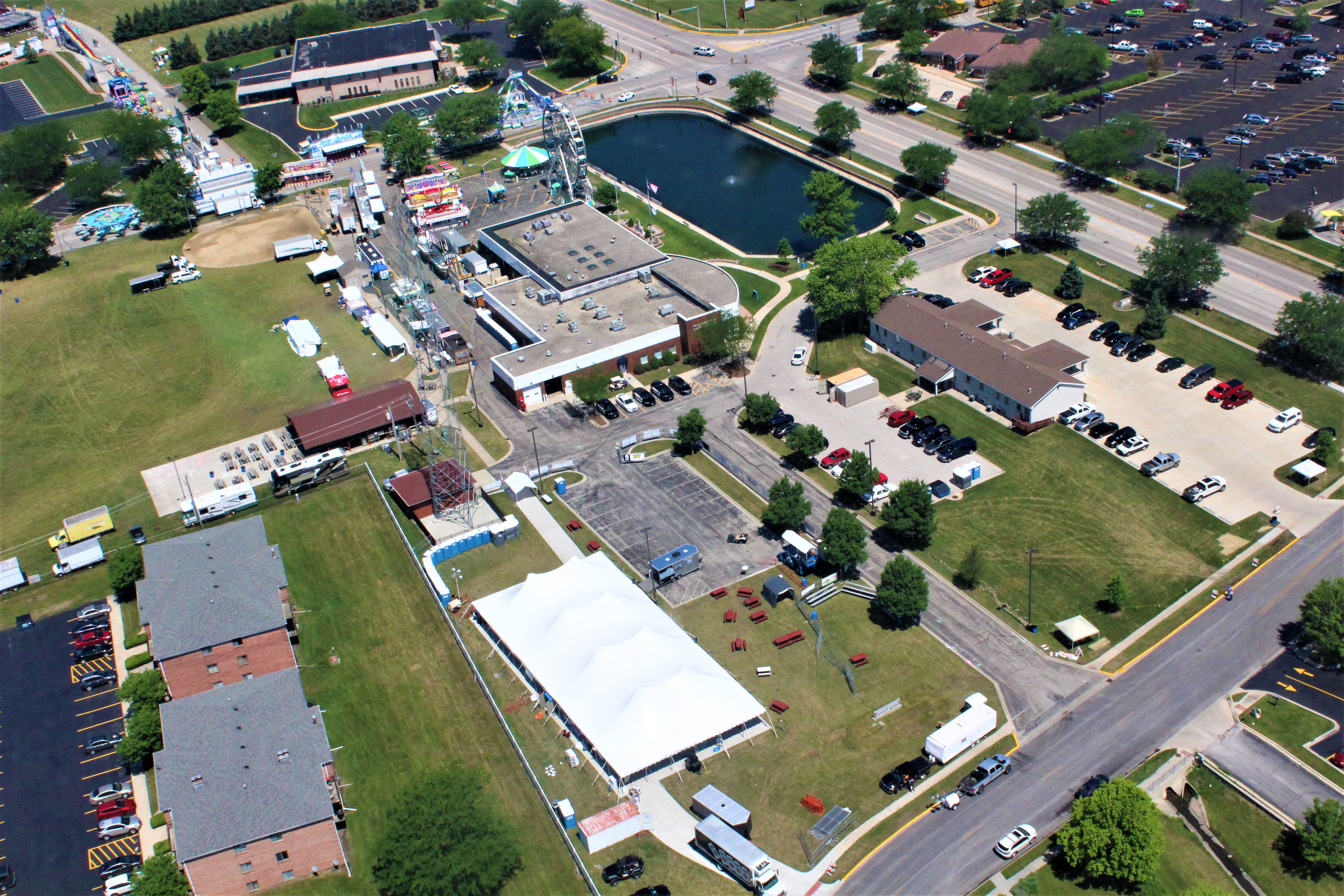 Bourbonnais, IL - The Village of Bourbonnais announces it is in the initial stages of what could be the second largest project in village history. With the goal of creating a dynamic and attractive center for community gatherings, the village has interviewed several qualified firms and consultant teams to assist in providing professional planning and design services for the village’s Municipal Campus. The vision is to create a high-quality destination-focused center for residents and visitors to utilize for various seasonal functions and events year around. 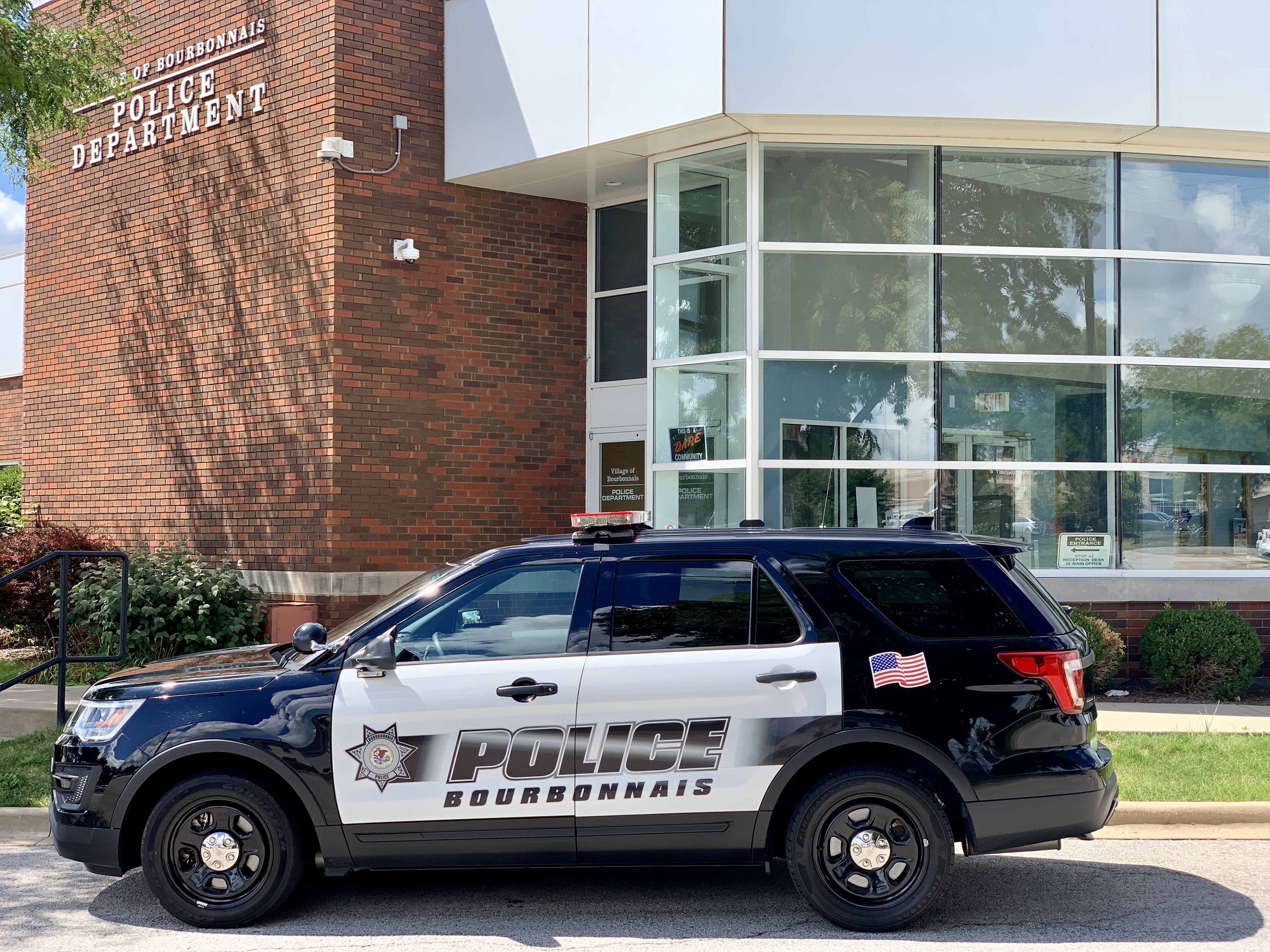 Serving and protecting a growing village

Bourbonnais, IL - September 16, 2019, Chief of Police, Jim Phelps, swore-in the newest officer to the Bourbonnais Police Department at the Board of Trustees Meeting. Nikos Fadjich recently graduated police training on August 22, 2019, and joins a force of 26 officers. The Olivet Nazarene University graduate took the oath of office statement to protect and serve the growing Village of Bourbonnais with an estimated 19,500 residents. 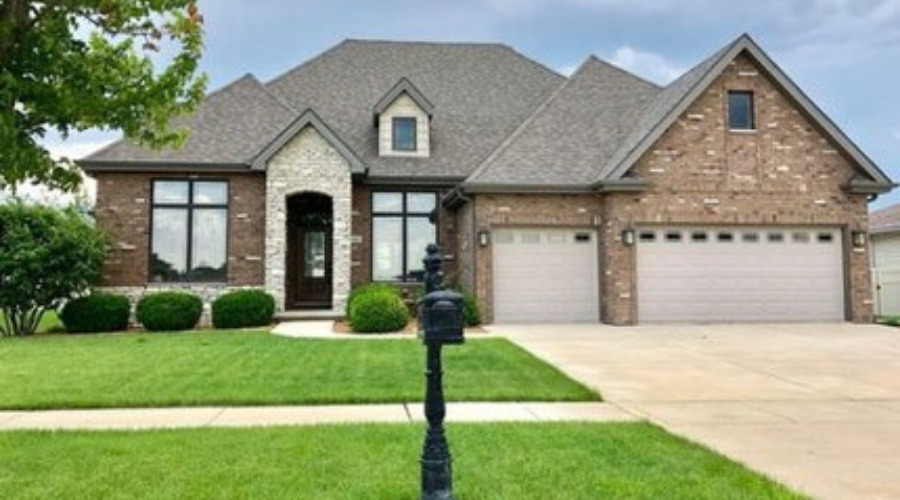 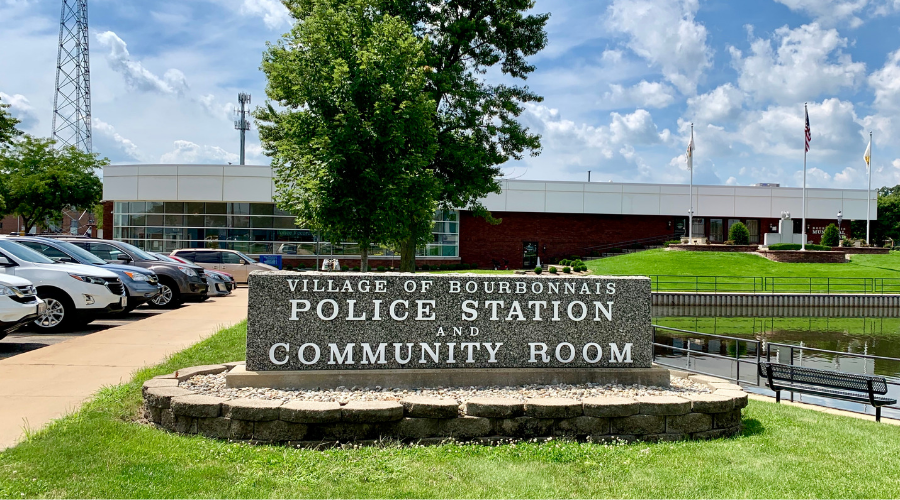 Bourbonnais, IL - The Village of Bourbonnais recently amended its ordinance regarding the General Discharge Prohibition section of the Municipal Code. This comes as a result of the Kankakee River Metropolitan Agency’s (KRMA) amendment on June 18, 2019 to what may or may not be discharged into the sewers. Ordinance No. 19-2164 includes two new prohibitions on discharges which include: bulk, expired, outdated or concentrated prescription or non-prescription drugs, and hazardous waste pharmaceuticals or DEA controlled substances. In response to these recent revisions, the Bourbonnais Police Department is now providing a larger prescription drop-off box to withhold higher volumes of unused or expired prescription medications for safe disposal. 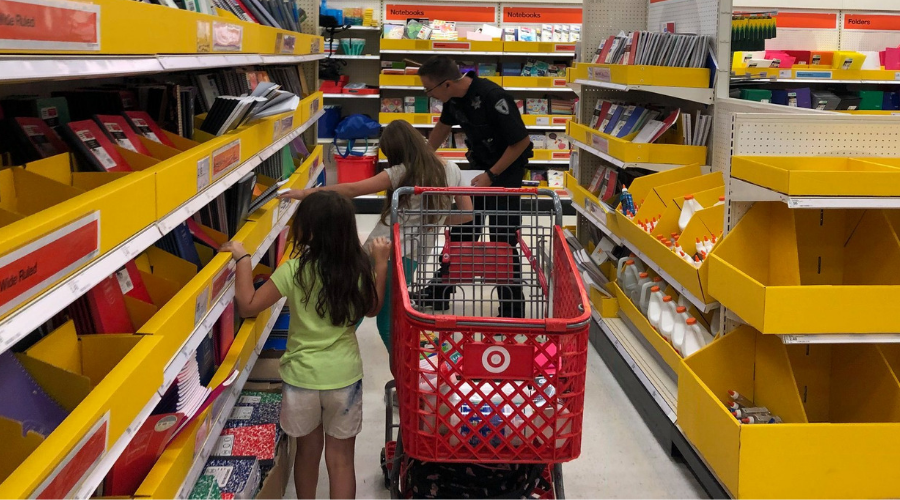 Bourbonnais, IL - Wednesday, August 7, 2019, the Bourbonnais Fraternal Order of Police (FOP) Lodge #64 held the 13th annual Back-to-School Shop With a Cop event. This year, 15 Bourbonnais Elementary School District #53 students were able to participate in an afternoon of back-to-school shopping for supplies and enjoy pizza with police. 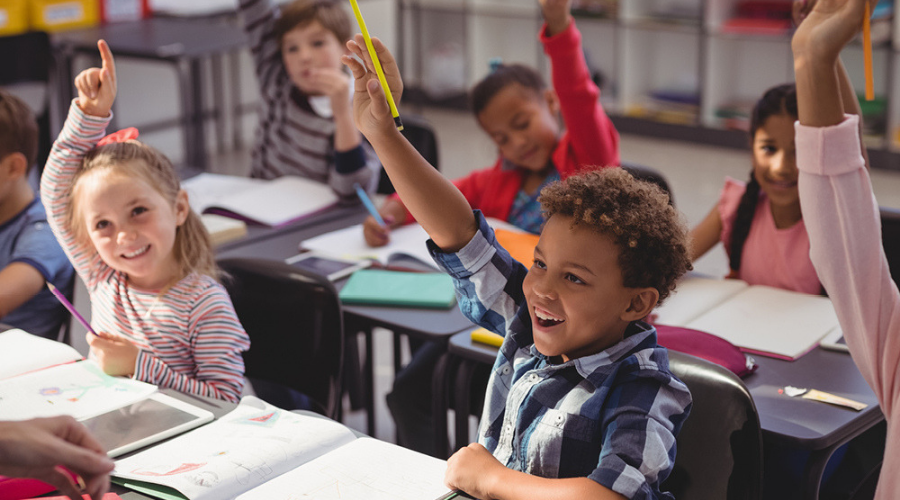 2020 Decennial Census is upon us

Bourbonnais, IL - Every ten years, the U.S. Census Bureau undertakes the task of counting all of the people residing in the United States. This count affects the allocation of funding for our community's public resources (e.g. roads, hospitals, schools), how we plan for the future and our voice in government. The goal of the U.S. Department of Commerce, U.S. Census Bureau, is to meet constitutional and legislative requirements to count the United States population. The Decennial Census process is the largest domestic undertaking in the United States. 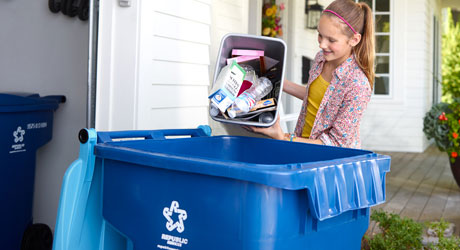 Bourbonnais, IL - Effective August 1, 2019, residents will see an increase on their Village of Bourbonnais monthly bill. The cost increase is inclusive of both the sewer and garbage monthly rate and is a result of increased sewer operating costs, as well as, increased garbage service fees. A residential, single-family home will see an increase of $6.50 per month totaling a $66.00 flat rate fee (versus the previous $59.50). The last rate increase went into effect two years prior in July 2017. 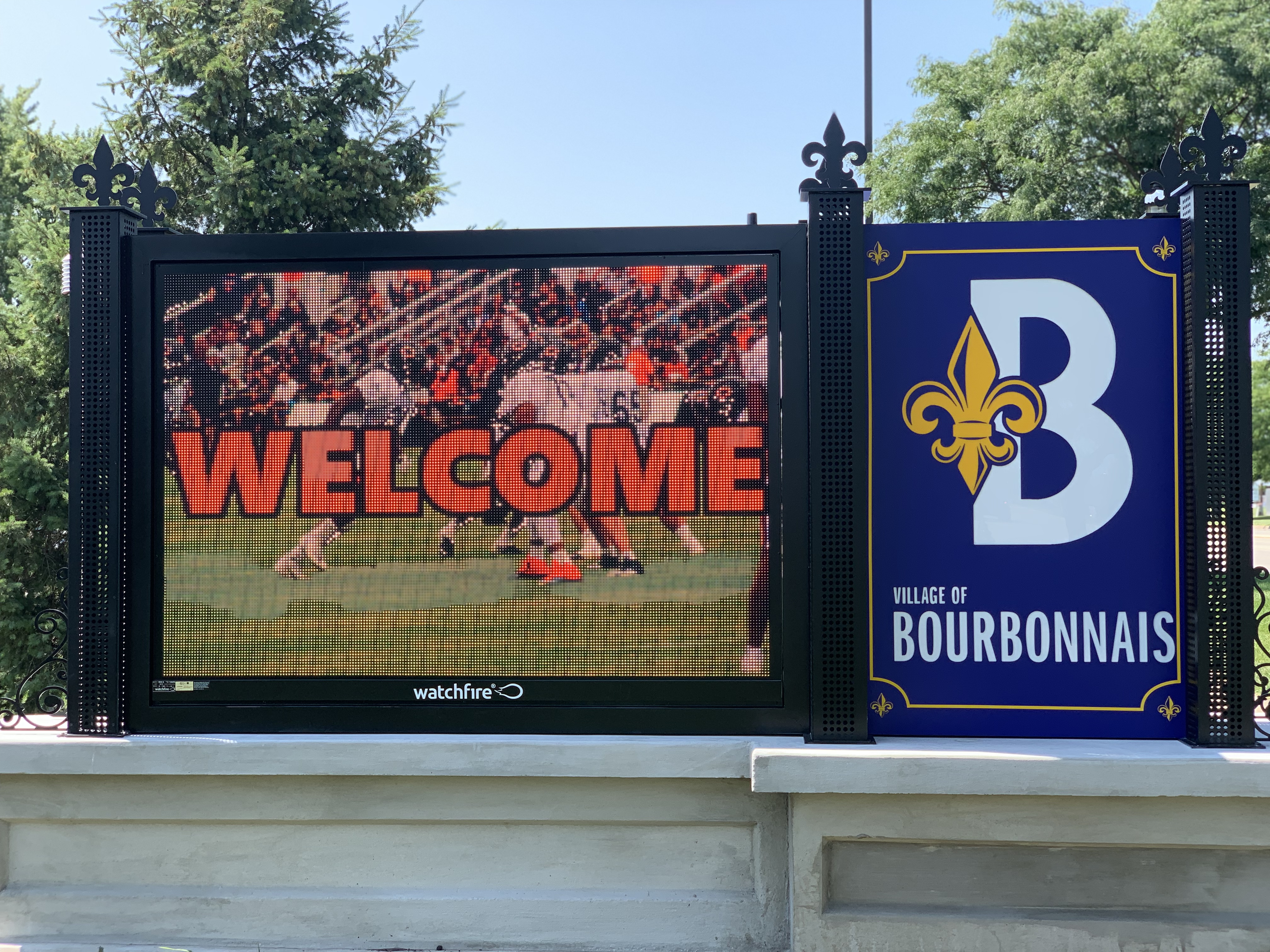 Bourbonnais, IL - The Village of Bourbonnais landscape will see some major improvements over the next three years. The first phase of the new wayfinding signage program is underway in the village. The LED sign at the Administration Building includes village-specific announcements, events, reminders and more for residents. We thank community partners, Bourbonnais Friendship Festival and HomeStar Bank, for their financial contributions to this project. 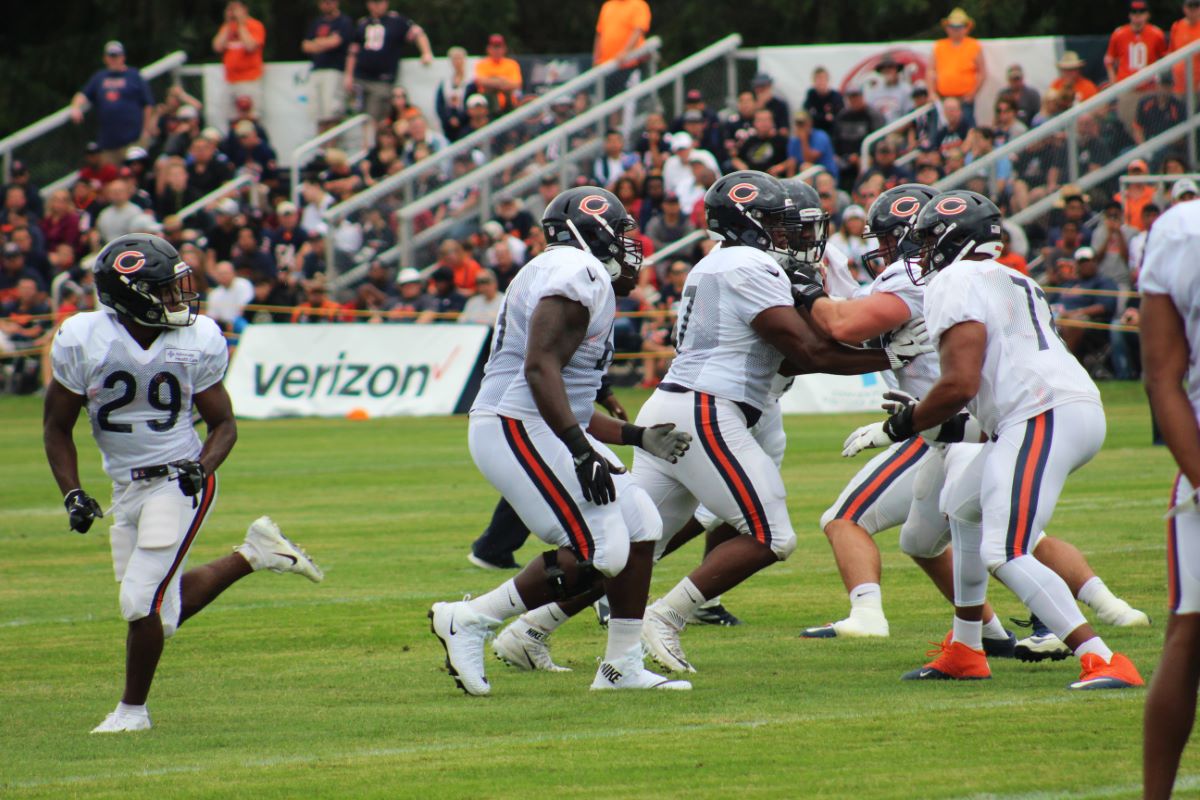 Bourbonnais, IL - As the Village of Bourbonnais prepares for the return of the Chicago Bears Training Camp at Olivet Nazarene University, traffic flow into and out of the heavily-attended event is taken into consideration. Today, Monday, July 15, 2019, temporary stop signs have been placed at the corner of Armour Road and Stadium Drive to help alleviate traffic congestion. These signs will be removed at the conclusion of the training camp.