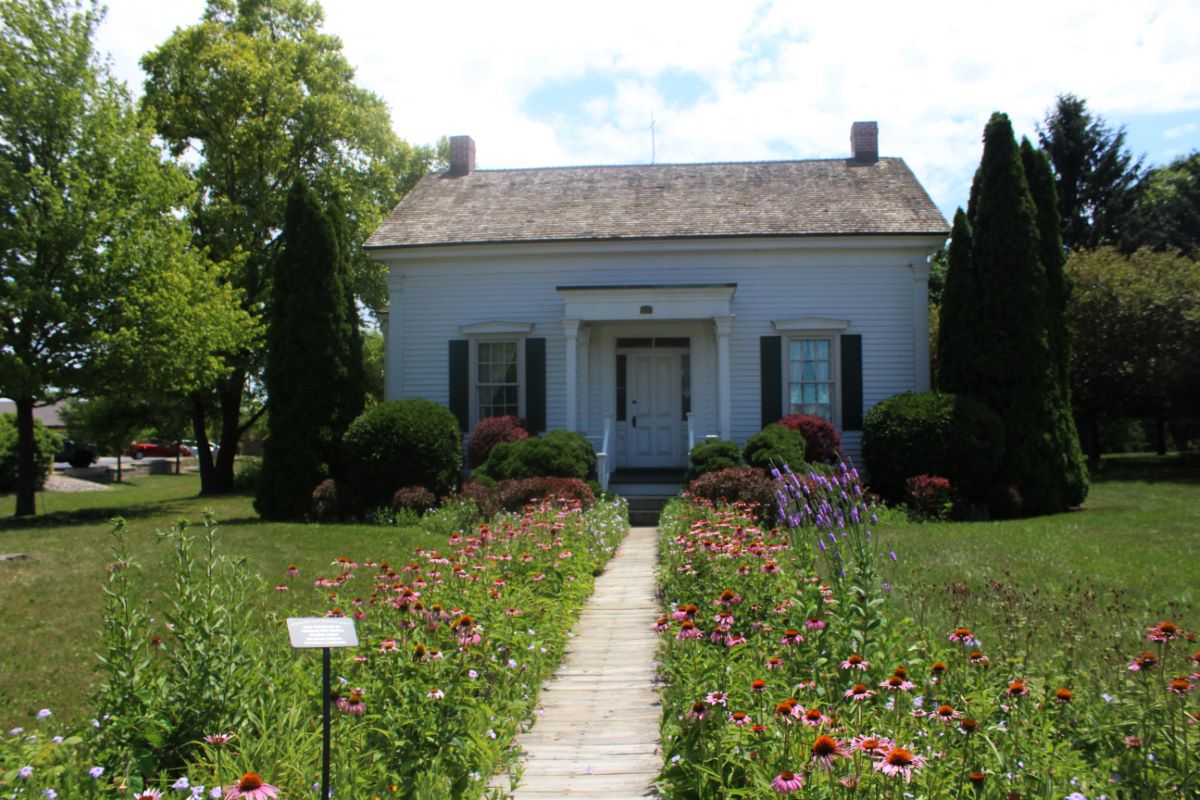 The Pottawatomi Indians called this area "Te-yar-ac-ke", meaning "wonderful land". Some years later, the word "Ky-an-ke-ke" evolved and eventually became Kankakee. Other names applied to the scenic river included "Te-ok-e-kee", an Indian word meaning wolf. While visiting the area in 1679, the French explorer Cavalier de LaSalle befriended and traded with the Native Americans. In 1830, Francois Bourbonnais, Sr., a fur trapper, hunter and agent of the American Fur Company arrived. Bourbonnais Grove was named after this early pioneer. Two years later, Noel LeVasseur and Gurdon Hubbard arrived. LeVasseur, born in the province of Quebec, located his fur trading post in Bourbonnais Grove and became the first permanent non-native American settler of the area.

Noel LeVasseur eventually married Watseka, the niece of Tamin, who was the chief of the Pottawatomi. The County seat of Iroquois County to the south of Kankakee County is named in honor of Watseka.

In 1875, a referendum was held to allow for incorporation of the community. Following approval of the referendum, an election was held that May of 1875 for the first Village Board. George R. LeTourneau was elected as the Village's first Mayor, with Board members Francois Sequin, Joseph Legris, Alexis Gosselin, P.L. Monast, Alex LaMontagne, Joseph Goulet, Jacob Thyfault and Len Bessette.

In 1858, work was started on the present Maternity BVM Catholic Church on what is presently Bishop McNamara Catholic School on North Convent Street in Bourbonnais. In 1860, the pastor of the Maternity BVM Parish brought three Sisters from the Congregation of Notre Dame in Montreal, Canada to teach.

The first step toward providing higher education occurred in 1862, when 10 students enrolled in Notre Dame Academy. Enrollment increased rapidly, and in 1868, St. Viator College was chartered. The college survived a devastating fire in 1906, but succumbed to declining enrollments, and in 1940, the campus of St. Viator College was purchased by Olivet Nazarene College, which is now Olivet Nazarene University in Bourbonnais.

Today, the Village of Bourbonnais is a growing community of more than 18,000 residents.

The home of George LeTourneau, the first Mayor of Bourbonnais, now serves as the home for the Bourbonnais Grove Historical Society.

To visit the LeTourneau home and museum located at 698 Stratford Drive East, please contact the Bourbonnais Grove Historical Society at 815-933-6452 or visit http://www.bourbonnaishistory.org/