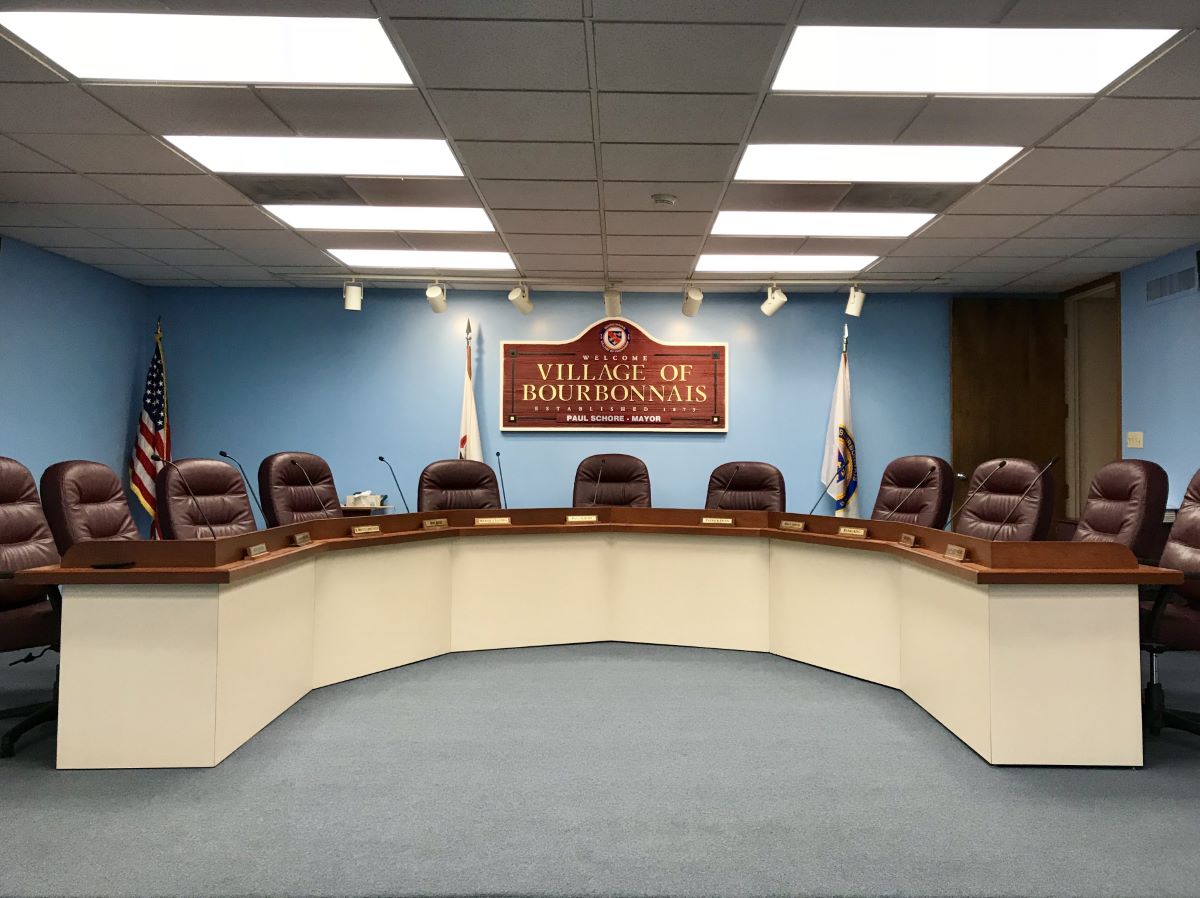 The Village Board is comprised of the Mayor, Village Clerk and six Trustees, elected at-large to individual, four-year overlapping terms.

The Village Board meets on the first and third Monday of each month, and other times as necessary, within the Bourbonnais Municipal Center, 700 Main St. NW, Bourbonnais.

Meeting times and dates are available below and at the Administration Building. All meetings are held in compliance with the Illinois Open Meetings Act. 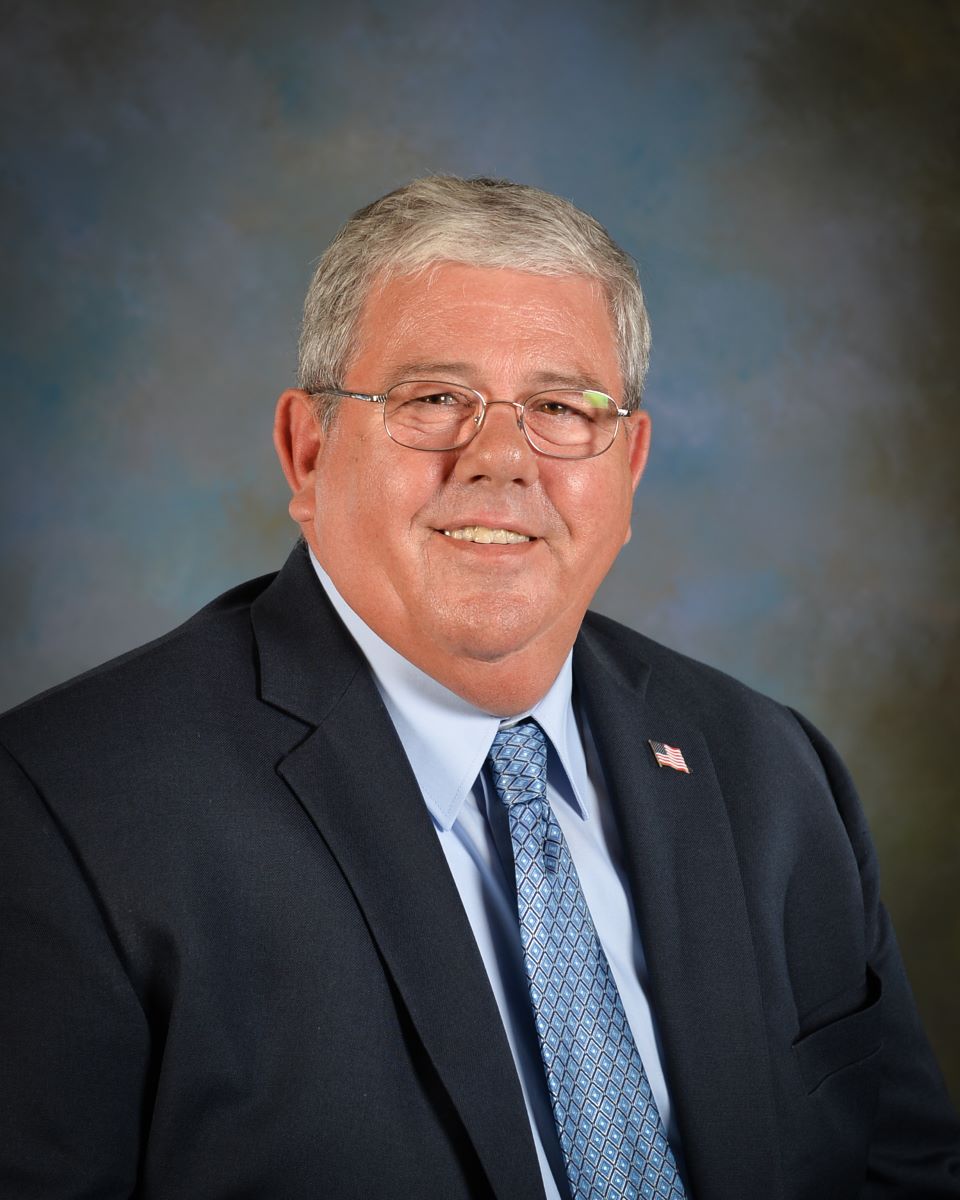 Mayor Paul Schore was elected Village President in April 2008 and has served as a member of the Board of Trustees since 1997. A lifelong resident of the Village, Mayor Schore has remained active throughout the Bourbonnais community, Kankakee River Valley and Kankakee County region.

Mayor Schore attended the former Maternity BVM Catholic School (presently Bishop McNamara Catholic School) and Bradley-Bourbonnais Community High School. He received an Associate in Applied Science degree from Kankakee Community College where he was recently honored as one of the ’50 Fabulous Alumni’. He recently retired following a 26-year career at CSL Behring, a local pharmaceutical company and leading manufacturer within Kankakee County, Illinois.

Mayor Schore and his wife, Mary, have been married for 43 years. Together they have three children: Beth, Mark and Matthew. They also proudly have seven grandchildren (two are twins).

Mayor Schore is a member of the Hundred Club of Kankakee County and Ducks Unlimited. He is an active supporter of Boy Scouts and was formerly a Scoutmaster. Both sons, Mark and Matthew, were Eagle Scouts. Mayor Schore enjoys the Chicago Cubs, Chicago Bears and NASCAR. 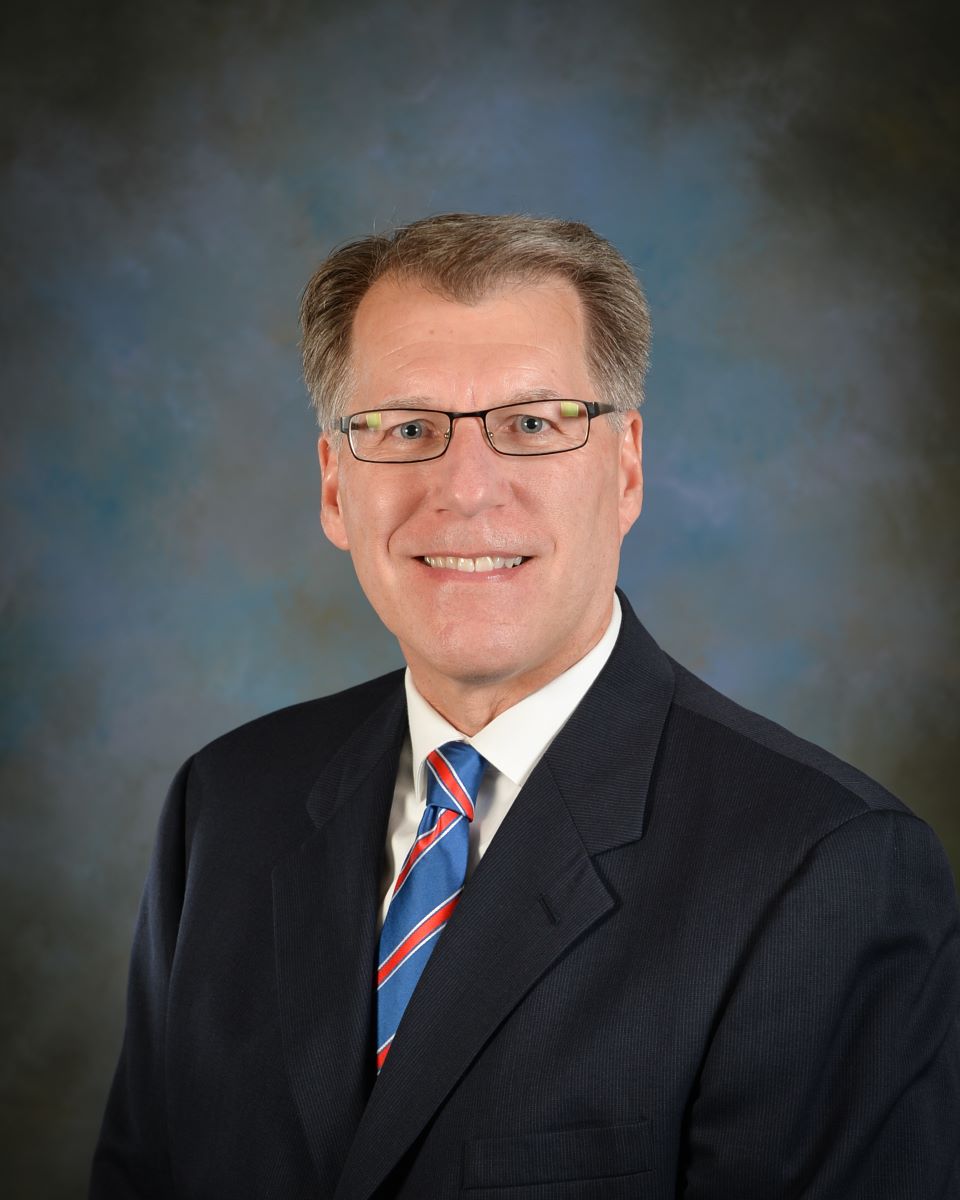 Village Clerk Brian Simeur has served as Village Clerk since 1995 and has been active in the Bourbonnais community for many years. He is married to Denise, and they have one son, Chad, and daughter-in-law, Abby.

Clerk Simeur graduated from Eastern Illinois University with a Bachelor of Science degree with a double major in Accounting and Finance. He is employed as the Head of Accounting Operations for CSL Behring in Bradley, Illinois. He is an avid Chicago Bears and Chicago Cubs fan. 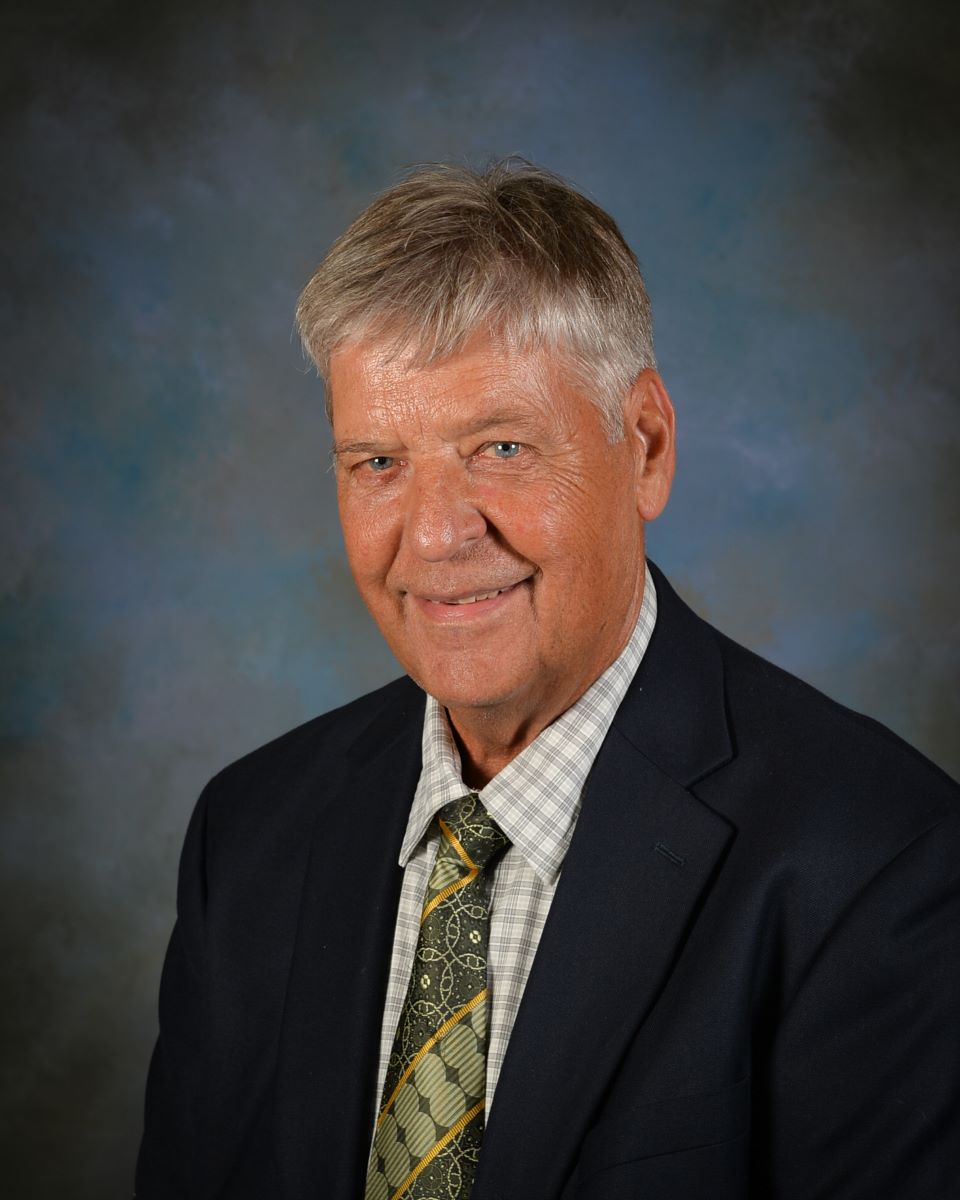 Trustee Bruce Greenlee has been a member of the Board of Trustees since 2001 and has been active in the Bourbonnais community for more than 40 years. Trustee Greenlee is married to his wife, Pamela. They have four children and ten grandchildren.

Trustee Greenlee previously owned Greenlee Supply Company, Inc. in Bourbonnais. He is a graduate of Bradley-Bourbonnais Community High School and Olivet Nazarene University. He was a former member of the Kankakee County Regional Chamber of Commerce and of the Bradley-Bourbonnais Community High School Foundation Board. Trustee Greenlee is an active supporter and led the Freedom Sign and Freedom Garden projects located at Olivet Nazarene University's ROTC building on South Main Street (US Route 45/52).

He enjoys golf and is a member of the New Horizon's Band of Kankakee County. He is also a current board member for Grace Bible Church. 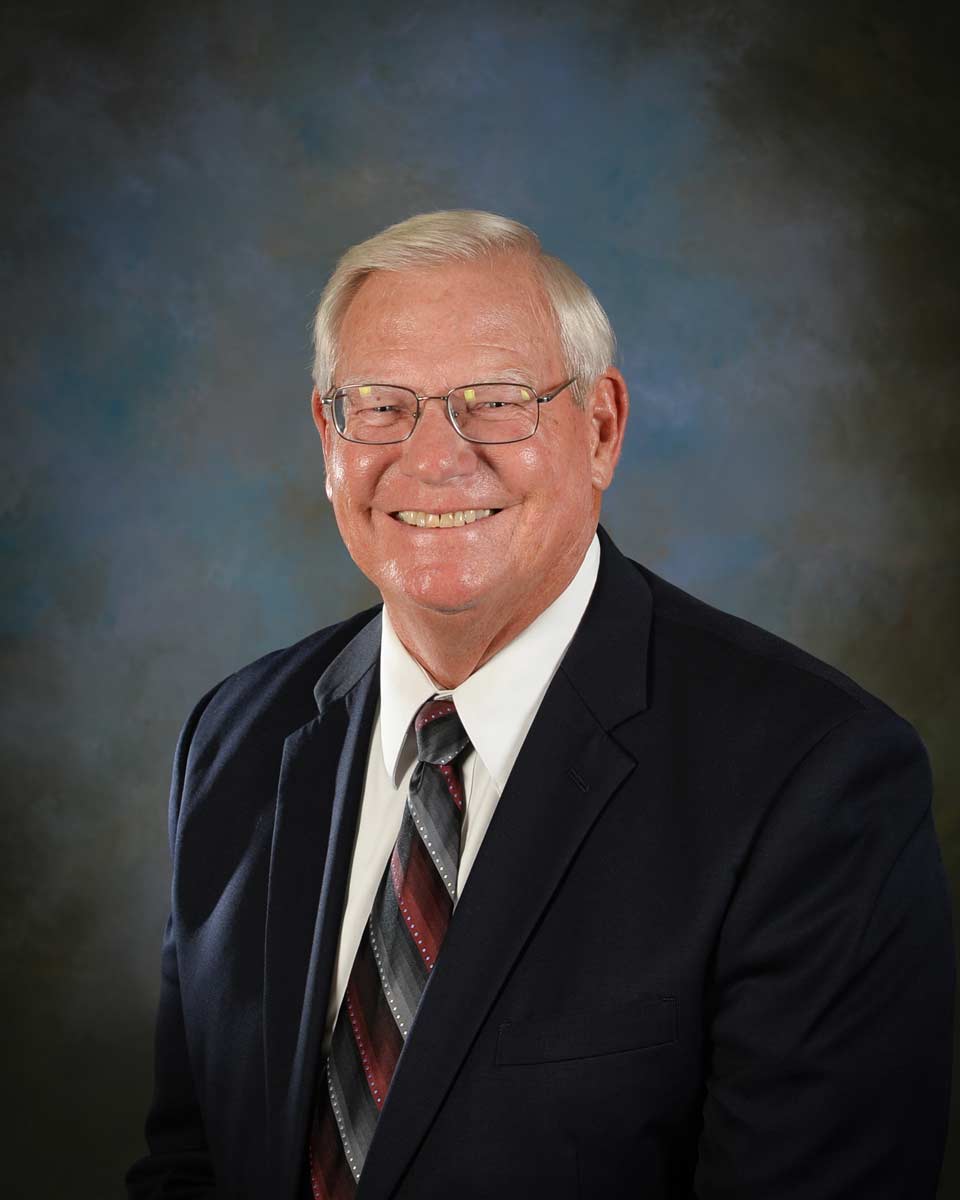 Trustee Rick Fischer was appointed to the Board of Trustees on June 2, 2008. He has been successfully re-elected and is currently serving his third term of office. Born in Quincy, Illinois, Trustee Fischer moved to Bourbonnais in 1981. He is married to his wife, Mary, and has two children and two grandchildren.

Trustee Fischer has been active in the Bourbonnais community for over 37 years. He has served on the Board of Directors of the former Bradley-Bourbonnais Regional Chamber of Commerce for 15 years and as Chairman of the Board for two years.

Currently, Trustee Fischer is serving as a representative for the Village of Bourbonnais at Kankakee County Chamber of Commerce Board Meetings.

In July 2015, Trustee Fischer retired from the Boudreau & Fischer Insurance Agency Inc., of which he was a co-founder and President. He was with the agency since its inception in 1984.

Trustee Fischer worked as a Registered Investment Advisor representative with the Interactive Financial Advisors (IFA) out of Chicago since 2005 and retired in December 2016.

Trustee Fischer has coached and served on the Dynamo Soccer Board of Directors for several years. He also served as a manager/coach for the Bourbonnais Little League.

Trustee Fischer graduated from Northern Illinois University with a Bachelor of Science degree in Business Management. 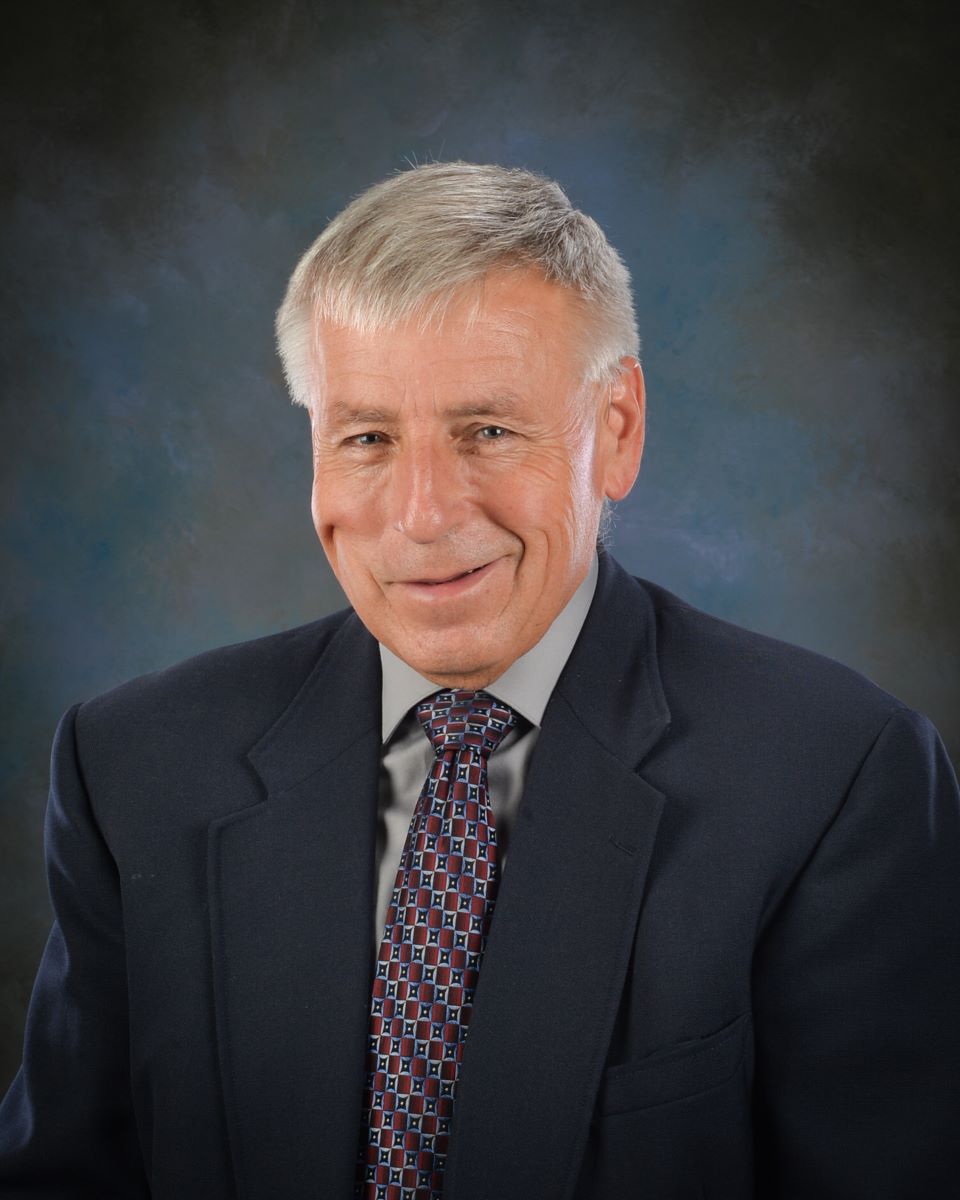 Trustee Randy King was elected to the Board of Trustees as an Independent candidate in 2015. Along with his wife, Cheryl, they have two daughters. Cheryl is beginning her 25th year as the Choral Director at Bradley-Bourbonnais Community High School. Daughters, Lauren and Lindsay, are pursuing their career dreams at University of Utah and University of Illinois respectively.

Trustee King was previously the Band Director at Dwight Township High School and Bradley-Bourbonnais Community High School. He is currently the President of King Music, Inc. in Bradley, Illinois.

His community service and volunteer efforts include two terms as a board member for Bradley-Bourbonnais Community High School, a past member of the BBCHS Academic Foundation and Speakers Bureau, past president of the Community Arts Council of Kankakee County and has served on the Kankakee Valley Symphony Orchestra Board of Directors. He is co-founder of the New Horizon’s Band of Kankakee County and is a professional musician spanning 48 years.

Outside of the music community, Trustee King is actively involved with women’s fast-pitch softball. He has served as a board member and coach for the Bradley-Bourbonnais Youth Softball League for 10 years, two years as head coach for former Maternity BVM Catholic School (presently Bishop McNamara Catholic School) softball and is currently an assistant coach with the Bishop McNamara Catholic High School softball program.

His hobbies include playing golf with his friends and enjoying the outdoors with his daughters. 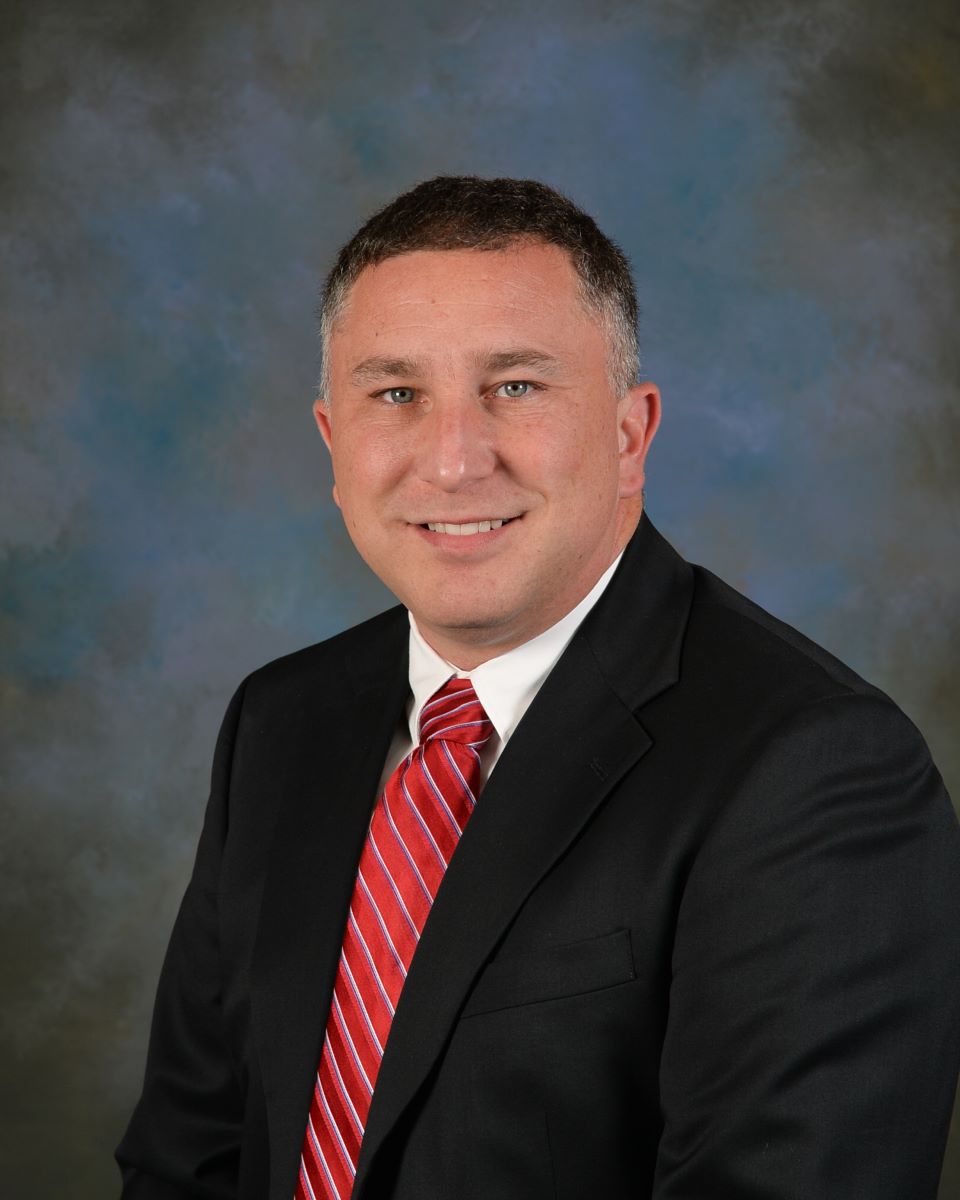 Trustee Keast and his wife, Jenny, have three children, Brittney (Brian), T.J. and Hailey. They have two grandchildren, Ava and Aiden. He stays active in many community events through participation and sponsorships. Trustee Keast also serves as a coach for his daughter’s softball team. 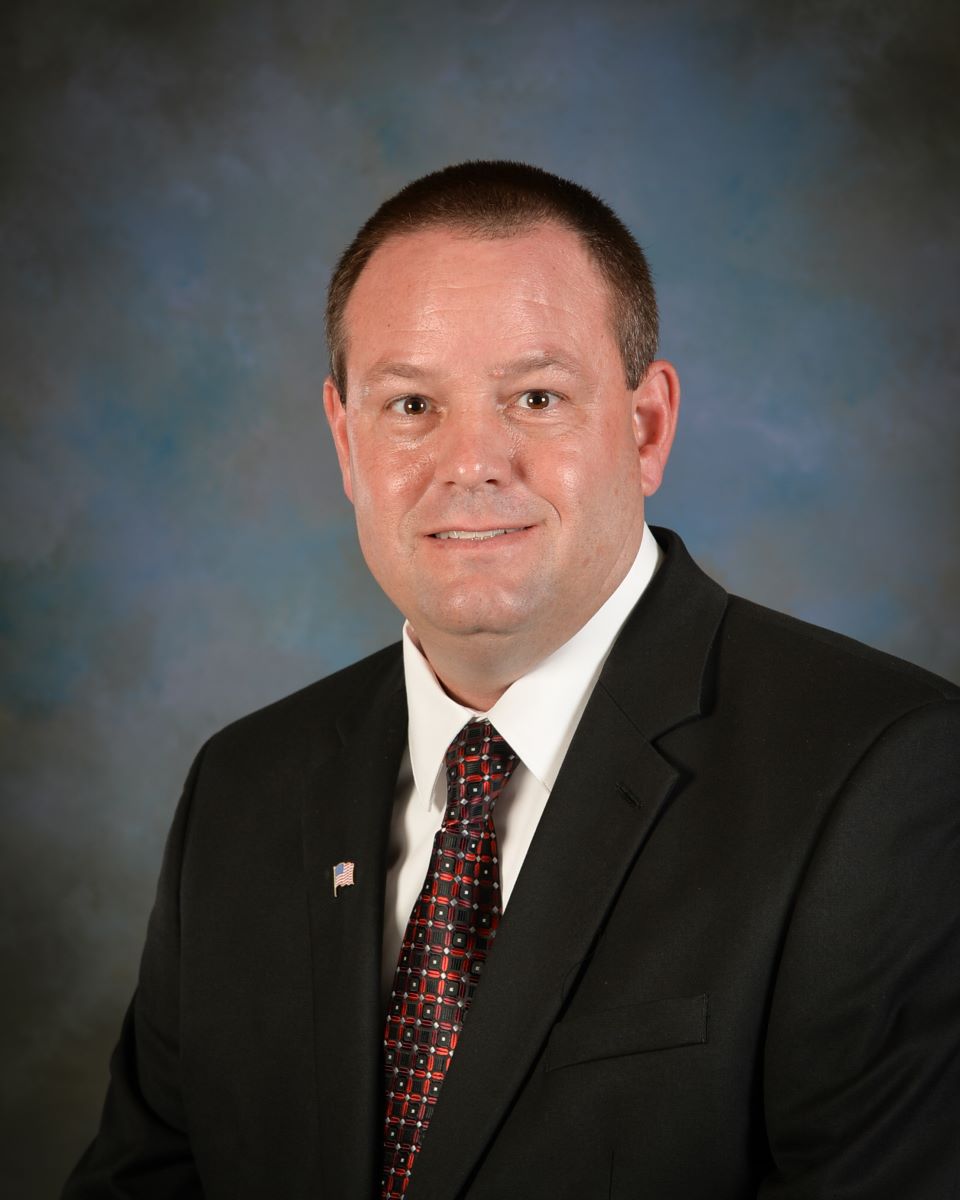 Trustee Jack Littrell, Jr. has been a member of the Board of Trustees since 2015. Trustee Littrell is currently a licensed Financial Representative at Farmers Insurance and was a former U.S. mail carrier in Bourbonnais for over 16 years. He has coached over 27 years for Bourbonnais Little League and Bourbonnais Pony League teams as well as at St. George, St. Martin and Bishop McNamara Catholic Schools.

Trustee Littrell and his family have resided in Bourbonnais since 1995. His wife, Jill, is a teacher at Bradley East Elementary School. His son, Matthew, attends Ashland University and is a member of the baseball team. His son, Brandon, works at Monical’s Pizza in Bourbonnais and attends Kankakee Community College where he is majoring in business. 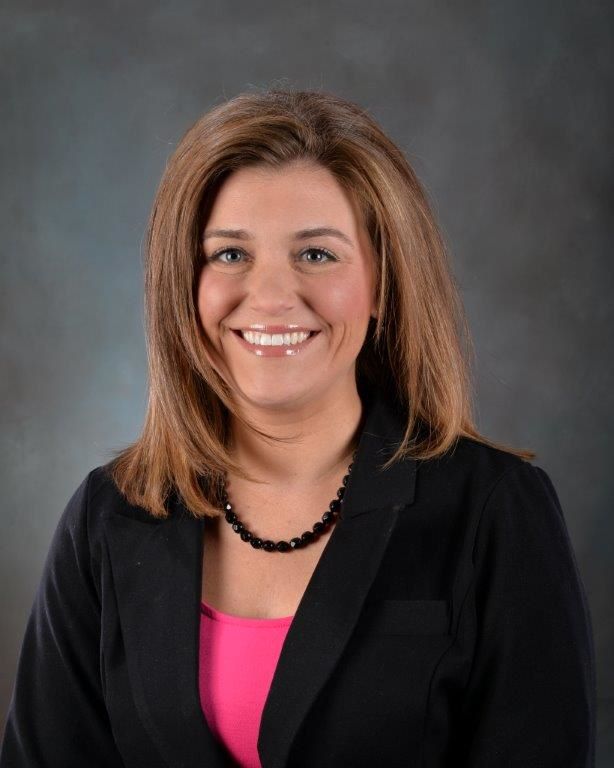 Trustee Angela Serafini brings forth a wealth of management and leadership to the Board of Trustees. She is employed at Capital Education as Vice President of Enrollment Services. Prior to her role at Capital Education, Trustee Serafini served as Executive Director of Admissions with Olivet Nazarene University’s School of Graduate and Continuing Studies. For over eight years, she taught as an adjunct professor in Olivet’s Bachelor of Business Administration (BBA) program and Bachelor of Applied Science (BAS) program, as well as served Kankakee Community College (KCC) teaching business courses.

Trustee Serafini has devoted her time and leadership to higher education since 2006, holding positions across several sectors of the university. Her previous roles include Regional Director of Partnerships and Senior Director of Academic Services. Her experience includes an extensive background overseeing various departments and teams.

Raised and continuing to reside in Bourbonnais, Trustee Serafini (often referred to as Angie), enjoys spending her free time with her significant other, Mark, and their children, Owen, Mark and Lilly.