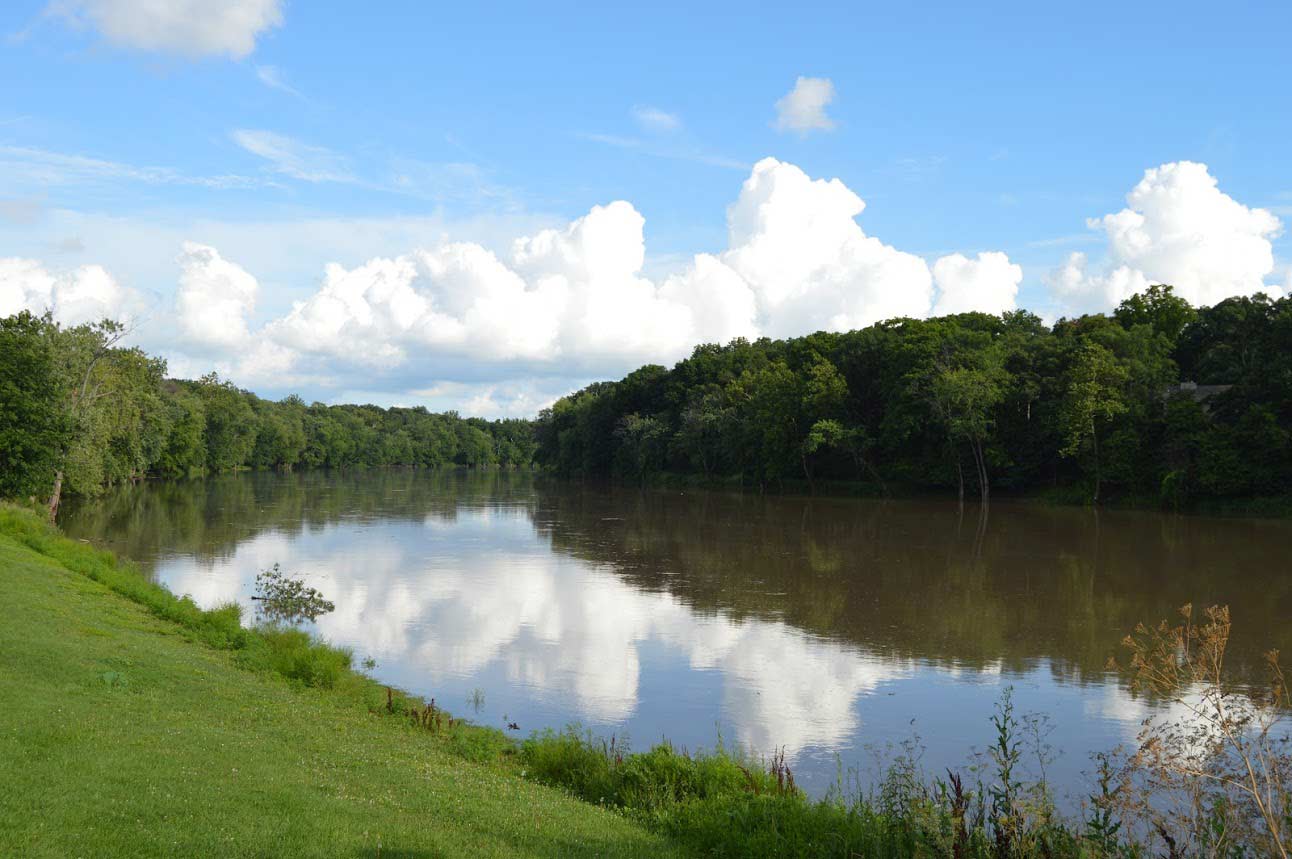 Winding its way through Kankakee County, it passes through many of our small and large communities.

This page provides both historical and current information about the Kankakee River and also many of the towns, cities and key people who have played a part in the historical past of Kankakee County.

The Potawatomi Indians lived in the area now known as the Kankakee River, which was once thought to be the upper Illinois River. The Potawatomi called this river the Theatiki. Through variations in the pronunciation of Theatiki, Kankakee evolved. Some of the meanings of Theatiki are "Wolf", "Swampy Place" and "Wonderful Land." The Kankakee River Valley's beautiful land and rich natural resources are a result of debris and minerals left by three massive glaciers that came down from Canada thousands of years ago, accounting for the beautiful area that tourists, relocators and community members now enjoy.

A Few Facts About Kankakee County

Kankakee County was considered the perfect place to live by the Potawatomi Indians long before the ever-increasing westward migration of white settlers replaced them. For here was a rolling landscape with a beautiful river thickly bordered with groves of oak, hickory, maple, cedar and black walnut. With the land sloping in places gently to the water's edge and in others rising in sheer limestone bluffs many feet above the river, and the abundant wildlife that inhabited the area, no more beautiful or varied scenery could be found in the Middle West than in Kankakee County.

Settlers came to Kankakee County in 1834, after the federal government signed the treaty of Camp Tippecanoe in 1832. As word spread about the government acquiring the land, many immigrants from New York and Vermont moved their way west, mostly locating in Momence, IL. An act of the Illinois Legislature created Kankakee County out of the northern part of Iroquois County and the southern part of Will County on February 11, 1853. The six original townships were: Yellowhead, Rockville, Bourbonnais, Momence, Aroma and Limestone. The population of the new county was about 8,000. It wasn't until 1855 that the two western townships of Norton and Essex were taken from Vermilion County and added to Kankakee County.

The City of Kankakee grew in the shadow of Bourbonnais, a French settlement nearby. Kankakee nonetheless became the eventual seat of government for Kankakee County, and in 1855 became the site of a depot on the Illinois Central Railroad. By 1900 its population had grown to about 13,500. Kankakee County's population is currently over 110,000 and growing.

The Kankakee River runs 57 miles through Kankakee County and is a clean river, great for landing Small Mouth Bass, Channel Catfish, Walleye and Northern Pike. 12 boat launches, 8 campgrounds and 18 riverfront parks are only a small part of the fun on the Kankakee River.

Located off of I-57, Greater Kankakee Airport is the largest airport serving the south Chicagoland area. The airport supports two runways, the longest at 6000 feet, an instrumental landing system, over 120 hangers and is available for personal aircraft landing space. The airport is not part of Chicago airspace, which gives it an advantage in avoiding congestion. Annual operations are approximately 50,000 (25,000 arrivals and 25,000 departures) and generates an annual economic impact of over $22 million.

Kankakee County is in close proximity to Midway Airport, which is drivable in 50 minutes and O’Hare International Airport in 90 minutes.

The River Valley METRO Mass Transit District, whose mission is to provide safe and efficient transportation within its service area, has provided public transportation in the area since July 1999. The District’s member communities include Aroma Park, Bourbonnais, Bradley, Kankakee, Kankakee County and Manteno.

The public service agency offers three types of bus services for the residents of Kankakee County, including:

One will never run out of things to do in Kankakee County. 57 miles of river, rural and urban destinations, vast in rich history and natural beauty, make Kankakee County an ideal location for fun!

Explore the outdoor wonders, local festivals and events, arts and history, family-friendly and kid-centric activities and abundant rich agri-tourism all within Kankakee County.