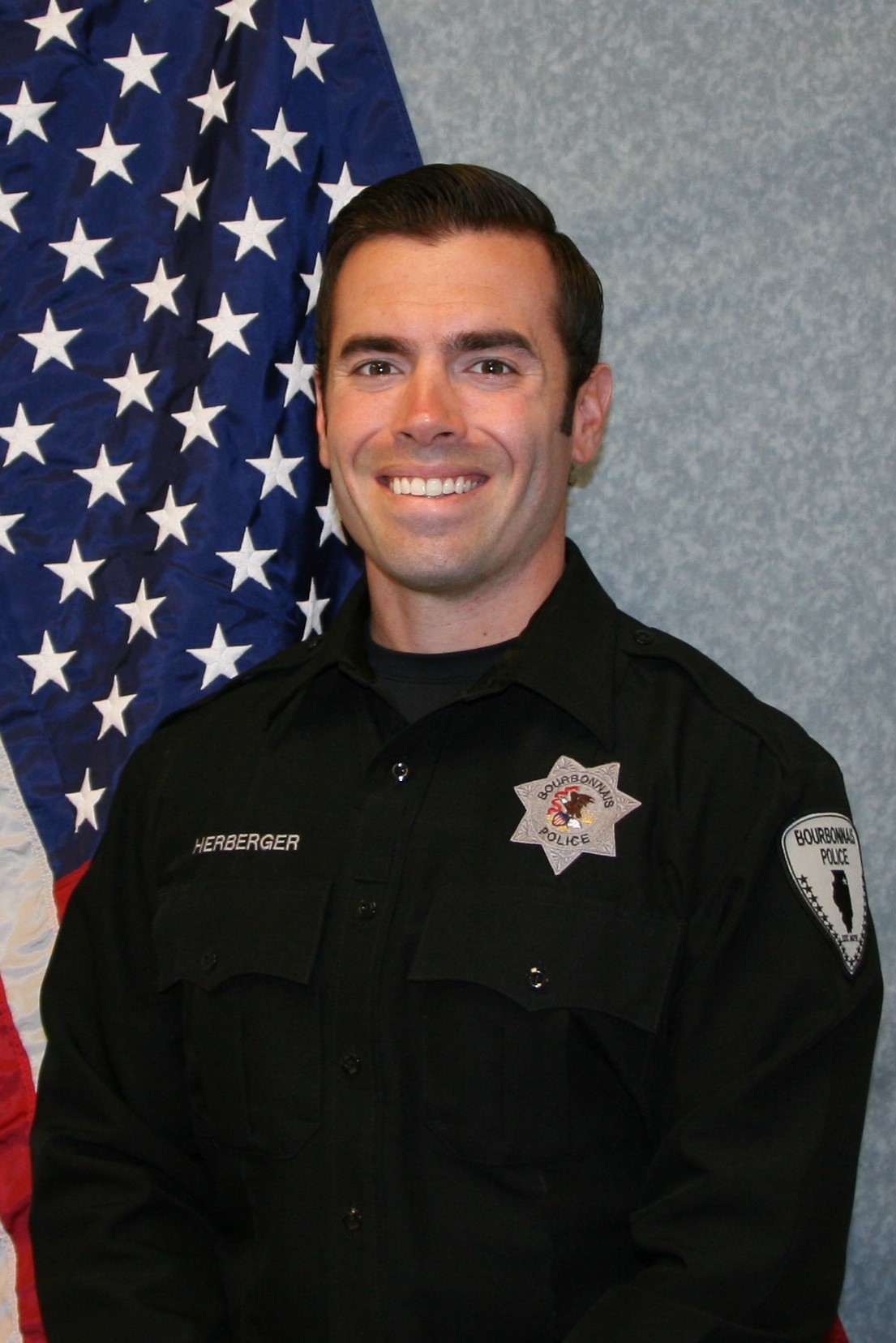 Bourbonnais, IL — Monday, November 21, Bourbonnais Police Chief, Jim Phelps, promoted Patrolman David Herberger, Jr., at the bi-monthly Village of Bourbonnais Board Meeting. Herberger took the oath of office in a room full of supporters, including his former canine partner, while being sworn into the rank of sergeant.

Sergeant Herberger also celebrated his birthday on the same day, and additionally, will celebrate 11 years with Bourbonnais Police on December 28, 2022.

“Sergeant Herberger has served the Village of Bourbonnais in many capacities throughout his policing career,” explained Chief Phelps. “Aside from his previous role in the patrol division, Sergeant Herberger served several years as an agent for the Kankakee Area Metropolitan Enforcement Group (KAMEG) and is a longtime team member of the multi-agency Emergency Response Team.”

Chief Phelps added,” Sergeant Herberger is a very talented officer with valuable experience working with local, state and federal agencies. I look forward to the skills he will bring to our leadership team as we head into 2023.”

The Bourbonnais Police Department consists of 27 officers with six sergeants. They serve an estimated 18,164 residents with a mission “To Protect with Courage, To Serve with Honor and Compassion.”

Learn more about Bourbonnais Police and its available services here.