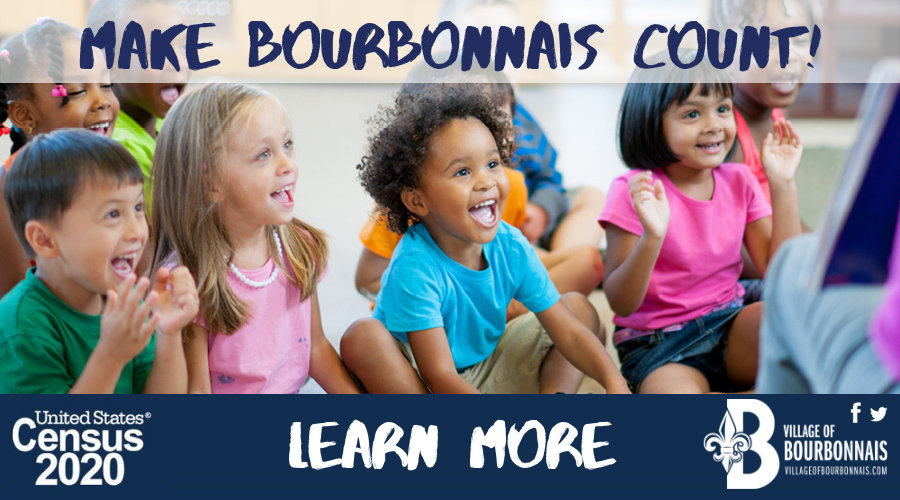 2020 Decennial Census is upon us

Bourbonnais, IL - Every ten years, the U.S. Census Bureau undertakes the task of counting all of the people residing in the United States. This count affects the allocation of funding for our community's public resources (e.g. roads, hospitals, schools), how we plan for the future and our voice in government. The goal of the U.S. Department of Commerce, U.S. Census Bureau, is to meet constitutional and legislative requirements to count the United States population. The Decennial Census process is the largest domestic undertaking in the United States.

The data produced from the Decennial Census are used to reapportion the seats of the United States House of Representatives and realign the boundaries of the legislative districts of each state. Census data also are used to allocate over $675 billion each year in federal financial assistance and to provide a social, demographic and economic profile of the nation's people. This profile assists in guiding policy decisions at each level of government.

In an effort to accurately count the population, 2020 Census Field Data Collection Activity will begin on August 4, 2019 and continue through October 11, 2019. Census Bureau field staff will work in neighborhoods across the United States to update address lists and maps using a laptop computer. Field staff will be knocking on doors in order to verify addresses and gather information on additional living quarters.

We want to ensure that residents can identify Census Bureau employees, both temporary decennial employees and permanent field representatives. Field staff can be identified by the laptop computer with a Census Bureau logo on the top, a black canvas bag with a Census logo, as well as a photo Identification Card.