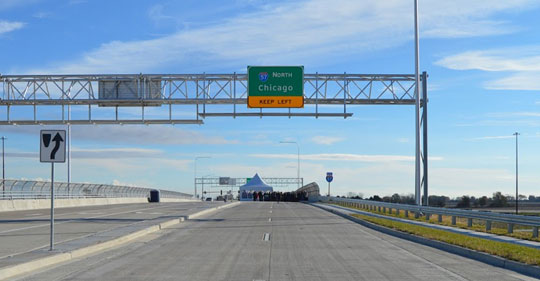 Bourbonnais Parkway Sees Light at the End of the Road

“This day has been a long time coming, and I’m pleased with what it represents for the community,” stated Mayor Schore. “It won’t happen overnight, but the economic growth and development that will follow at Bourbonnais Parkway will shape the future of our region.”

The Bourbonnais Parkway I-57 interchange project broke ground in July 2015 and was the result of 20 years in village planning. It is projected to serve as an economic hub for not only the direct villages of Bourbonnais, Manteno and Bradley, but for Kankakee County. Over 1,400 acres are available for industrial and commercial development. The village has confirmed a number of prospects are currently being discussed.