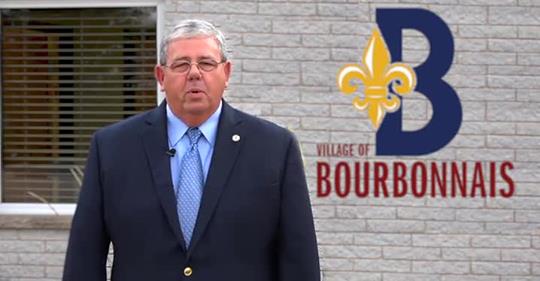 Bourbonnais, IL – The Village of Bourbonnais launched four new videos in their online series: Economic Development, Real Estate, Education and Quality of Life. The videos promote an overview of the village. Residents, business owners and visitors can experience an online tour of the community of 19,000 residents and growing. The video series can be viewed via the Village of Bourbonnais website at www.villageofbourbonnais.com in addition to their Facebook and Twitter accounts.

The first video in the series was released earlier in the fall featuring Mayor Paul Schore and welcomed viewers to ‘live, work and play’ in the village. The remaining four videos highlight recent economic development milestones such as the Bourbonnais Parkway Interstate-57 interchange opening and $1.5 billion in major regional capital investment. Additional mentions include area accolades as the number four ranking for ‘Cost of Doing Business’ by Forbes magazine, number one ‘Metro in the USA for Year-Over-Year Growth’ by Area Development magazine, number seven ranking in the state of Illinois for ‘Healthiest Housing Market’ in Bourbonnais and award-winning educational institutions.

“I’m happy with the results and support we received from the community for this video project,” exclaimed Mayor Schore. “These videos and the testimonials capture a sense of pride here in the village whether you live here, work here, own a business here or visit here. It’s an opportunity for us to further connect and promote the village.”

The unique video project welcomed the opportunity for local business owners to also feature their businesses alongside the village videos and present offerings available within the Village of Bourbonnais.