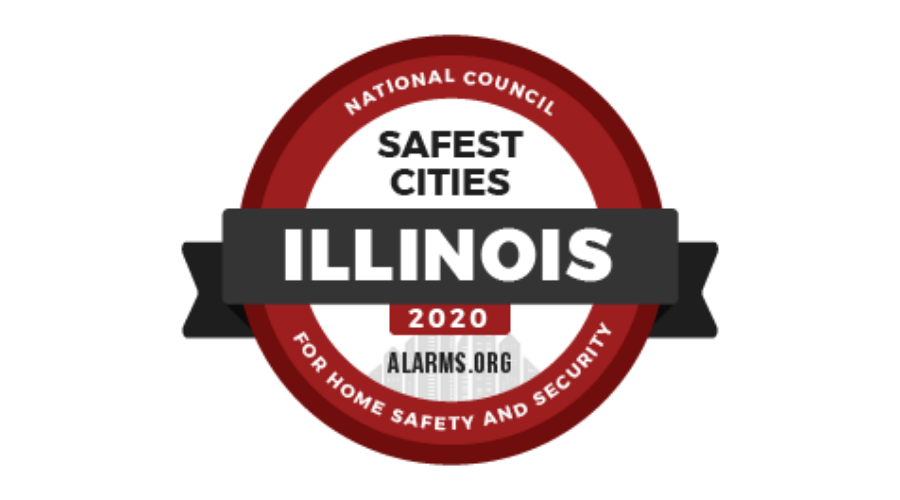 Bourbonnais, IL — In their recent 2020 Safest Cities report, the National Council for Home Safety and Security (NCHSS) announced Bourbonnais earned a safety ranking of #38 within Illinois. The NCHSS, a national trade association, reviewed FBI Uniform Crime Report statistics and data from 2,831 law enforcement agencies. Variables such as total violent crime, property crime, law enforcement employees and population over 10,000 were taken into consideration to create a safety score for each city.

According to the January 19, 2020 report, Bourbonnais is the only community within Kankakee County listed in the top 100. The safety ranking was secured despite having only six other communities with fewer officers per capita. The Bourbonnais Police Department consists of 26 officers currently serving 19,526 residents, according to a recent U.S. Census Bureau population estimate.

“We are extremely pleased with this ranking,” stated Chief of Police, James Phelps. “No city or village is without crime, but I’m proud of the hard work and dedication of our officers to continue to keep Bourbonnais a safe community.”

Mayor Paul Schore added, “Public safety is always our number one priority. Bourbonnais is a growing village, and it’s important to us that safety continues to grow with the population. This report reflects the commitment of the Bourbonnais Police Department.”

The National Council for Home Safety and Security was founded in 2006 and is comprised of licensed alarm installers, contractors and other relevant trade groups across the United States with a goal to further industry education and public knowledge in home security, home safety, child safety and senior safety at home.

The full report may be viewed here: https://www.alarms.org/safest-cities-in-illinois/.